Neoprene made mainly from a natural element, limestone.

Reinforced stress pad on the top specifically designed not to cause turbulence.

Beuchat, inventor of the isothermal wetsuit

Georges Beuchat creator of the company was an emblematic pioneer of underwater activities. He naturally tried to protect himself from the cold during diving. This is the way that after several experimentations, led in the creeks of Marseille, he invents in 1953 the isothermal wetsuit.

This fundamental invention has played a key role in the development of underwater activities. And more than sixty years later, its bases remain valid although materials and methods evolved. 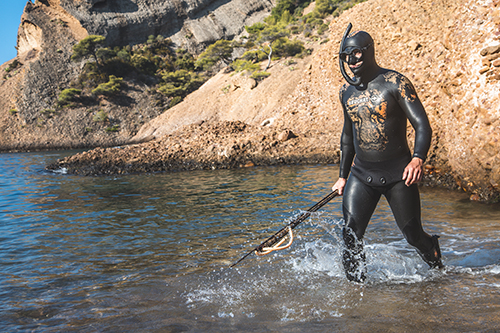